Things To Know About A Backhoe Hydraulics System 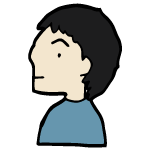 It's important to invest in your business, but to to make sure your manufacturing is as efficient and profitable as possible, you need to really look at your processes. You might think that you can save money in some areas only to find out you actually need to spend more to improve how things are run. This blog is all about focusing on manufacturing and knowing how to make big differences that can protect your company's financial future. From employee safety to equipment upgrades, you need to know how and why to focus on every step of the manufacturing process.

Things To Know About A Backhoe Hydraulics System

Has your backhoe been problematic and unable to perform well enough to get work done? When it comes to how functional a backhoe is, it depends on the overall condition of the hydraulic system. If the hydraulic system has any problems, it can lead to parts moving slowly or not working altogether. Below, you will learn some helpful information about a backhoe hydraulics system that has stopped functioning properly.

There is a filter in your backhoe that is necessary when it comes to hydraulic fluid. The filter basically prevents debris from getting into the fluid and causing problems. For example, when a backhoe is being used on a regular basis, it is normal for pieces of metal to chip off of certain parts. The metal can then make its way into the hydraulic fluid, which causes it to become contaminated. Dirt and other types of debris can also get into the fluid if the filter is not in good shape, so you might need to replace it.

It is possible that the parts to the hydraulic system are not in bad shape. The parts might not be able to function because of the level of hydraulic fluid that is inside of the backhoe. The reason why hydraulic fluid is needed is because it helps parts move in the same way air is needed for the pump to function. You might simply need to get a bottle of fluid placed inside of the backhoe to resolve problems. Sometimes old fluid is in need of being drained out as well, such as if it has become contaminated.

Hydraulic cylinders are important for a backhoe to operate because they are needed for storing fluid that moves into other parts. The cylinders can become damaged if rust eats into the metal and creates holes. The holes can usually be repaired if the damage isn't too severe. Parts on the cylinders such as the buffer seals and precision wear rings might also need to be repaired. Speak to a contractor, such as those found at Clearwater Hydraulics & Drive Shaft Service, about your backhoe hydraulics system concerns.